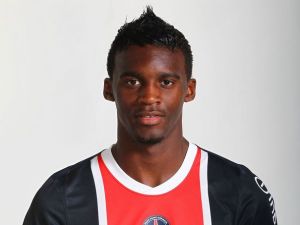 European Under-19 Championship 2012 runner-up with France.

Originanly scouted by PSG, he quickly became one of the biggest stars in the PSG youth teams, which where achieving great deals of success in different age groups. Currently loaned out to Troyes in order to gain experience, but it is possible that he will soon be back in the team to partner Zlatan Ibrahimović and will become a great idol of the fans at Parc des Princes.