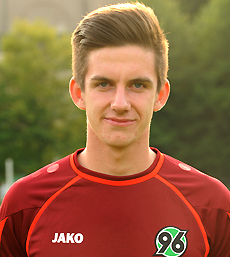 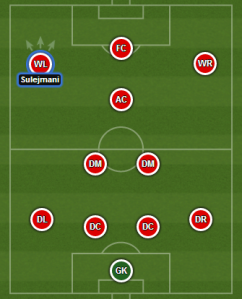 1996 is a year called “the golden generation” in Hannover – the young “Die Roten” from 96 have already achieved a lot in youth football in Germany. Sulejmani is considered to be the most talented alongside Tim Diessen. Even though Mirko Slomka did not hand him his debut in the first team yet, he is very fond of him and it seems to be only a matter of time until Sulejmani gets a chance to play in the first team. Currently he is a U-19 Hannover team star, who scored a lot of goals and makes a lot of assists. Valmir has Albanian roots, but decided to play for Germany and is a regular in the U-17 national team.

“The boy is really good. He is also now fit to play in Bundesliga.”

17-year-old Albert Tjaaland, the cousin of Erling Haaland, has scored on his debut for Molde in a cup game against Spjelkavik.
Takefusa Kubo at the Olympics so far:
XI with dual-eligible teenagers available to play for Nigeria.
Amine Gouiri ➡️ Nice 7M€
Karim Adeyemi with two goals and an assist against Sturm Graz!
Donyell Malen last three seasons for PSV:
Loading Comments...
%d bloggers like this: