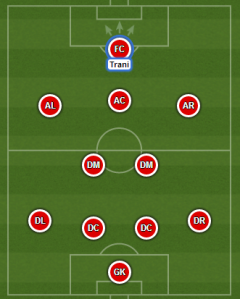 AS Roma youth academy has a huge tradition of nurturing big talents in world football. One of the best examples include Francesco Totti, Daniele De Rossi or Alessio Cerci. Valerio Trani is a player who can join the list of legends and become a big star in world football. This season he has joined the Primavera team and scored his first two goals in Campionato Primavera against Crotone – “Giallorossi” won that game 7-1. He is also a regular Italian youth international, having captained the side at U-16 level.