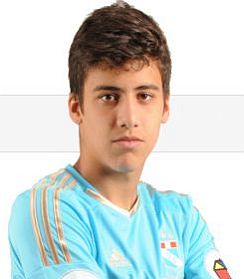 – likes to run at the defence

Beto Da Silva is considered as one of the most highly-rated young players in Peru. He began playing football in Brazil but moved to Peru in 2011. Since 2013 he is a Sporting Cristal player. He made his professional debut on 19 June 2013 in a classic match against Alianza Lima. He scored his first league over a year later against Los Caimanes. He has even been nicknamed “El Fenomeno” by fans and media just like famous Brazilian Ronaldo. His father is Brazilian and his mother is from Peru, but he was born in Lima and decided to represent Peru national teams. He gained the notice of the youth team coaches and was called up for the youth squads. He represented his country at Sudamericano U17 2013, Bolivarian Games 2013 and Sudamericano U20 2015.