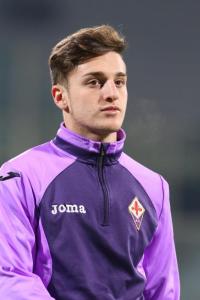 – agile and moves the ball with ease 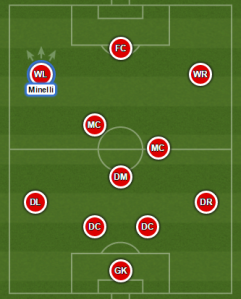 Simone Minelli joined Fiorentina youth academy in 2011 from Reggiana. He’s been thought of as a big talent from the early years. He made his senior debut on 11 December 2014 against Dinamo Minsk in a UEFA Europa League game – he replaced Juan Cuadrado after 24 minutes in a 1-2 home defeat and after this first game he received a lot of praise. He was a key player for Fiorentina in Viareggio Cup 2015 – one of the most important youth tournaments in the world, but unfortunately, his team fell to Hellas Verona in the semi-final. He has been a youth Italy international for many years – starting at U-15 all the way through U-18.

“The other, much more pleasing thing about this soon to be forgotten match is – Simone Minelli. The young forward, born in 1997 was by some distance the best in Fiorentina, and came close to scoring a goal on two occasions and assisted for the consolation goal, scored by Marko Marin. In some ways, Minelli resembles Juan Cuadrado – short, very quck and technical. It’s, of course, way too early to do that kind of comparisons, but what the hell, after the game like this one, what else can we do?”