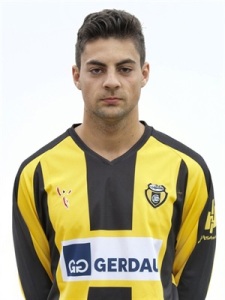 – likes sniff out opportunities in and around the box

– plays with back to goal often

Asier Villalibre is the product of “Lezama” – Athletic Bilbao youth academy, famous for having produced many great players like Julen Guerrero, Beñat Etxebarria, Iker Muniain and Fernando Llorente. Asier is currently on loan at Athletic Bilbao’s feeder club – CD Basconia. Though he is the youngest player in the squad, he is a regular in the starting lineup and the best goalscorer of the team. It is only a matter of time before he gets promoted to “Los Leones” first team and follow the footsteps of Fernando Llorente or Iñaki Williams most recently. Asier is also a regular Spain youth international and currently represents the U-18 level.

“Known as the crown jewel of Lezama, 16-year-old Asier Villalibre is the best young striker around. Villalibre has dazzled for Spain’s U-17 side and has split time between three different levels for Athletic Club this season including Basconia.

Among those of Athletic, Villalibre is considered the future of the club. The young striker is able to everything a striker should and is always lethal in front of goal. If there is anyone who could replace and surpass Llorente, it is Villalibre.”