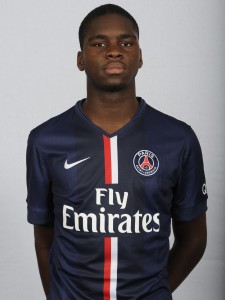 – specializes in beating players over a short distance

– ability to hold the ball up and link play

– efficient in his play and a natural eye for goal

Odsonne Edouard is a product of PSG youth system. He was one of the biggest stars of 2015 European Under-17 Championship – he scored 8 goals, including brilliant hat-trick in the final, and became a top scorer of the tournament. France showcased a great generation of players at this tournament: apart from Odsonne, other players that ran the show include Timothé Cognat, Bilal Boutobba, Nanitamo Ikone, Jeff Reine Adélaïde, Luca Zidane and Alec Georgen. Thanks to great appearances in the youth teams, some PSG fans see him as the successor to Zlatan Ibrahimovic. Even though the road ahead of him is still very long, Odsonne definitely has great potential which should let him make a career at a top level.

“There’s a lot of emotion right now, it’s a massive pleasure to be a European champion – it’s incredible. It’s very satisfying to be top scorer, but more so because we won the competition. The honour is down to the work of everyone in the team. We played very well against a strong Germany side. We were a little worried when Germany made it 2-1, but when we scored the third goal we knew it was finished. The first goal against Italy is my favourite among the eight I scored.”