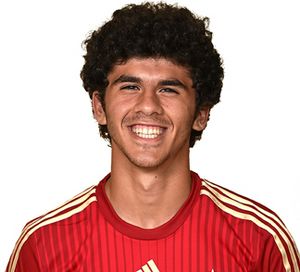 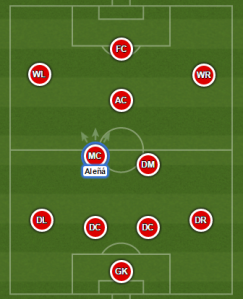 Carles Aleñá is the next young star produced in the famous “La Masia”. He’s very versatile and skillful midfielder and captain of the team constantly since U-10. Some fans already see him as the new Xavi or Fabregas, but there’s still a lot of hard work and training ahead of him, to reach the level of these legendary Catalans. He played with Spain national team the 2015 UEFA European Under-17 Championship in Bulgaria, but unfortunately “La Rojita” lost after penalties in quarterfinal with Germany and thus did not qualify for the 2015 FIFA U-17 World Cup, which will be held in October in Chile.

“Wearing this shirt with this crest and defending these colours is an honour and we all feel privileged. Maybe one day we can be part of Barça’s first team and contribute to this club’s grandeur.”

One response to “Carles Aleñá”