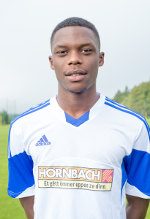 – ability to stay calm under pressure

– passes the ball with elegance and precision

– good vision and comfort on the ball 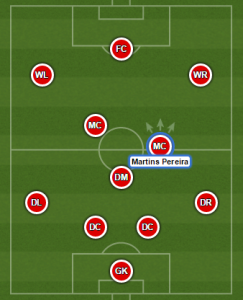 Christopher Martins Pereira joined Olympique Lyonnais youth academy in 2013 from Racing FC Union Luxembourg. He was eligible to represent both Luxembourg and Cape Verde at international level. He rejected a call-up from Luxembourg’s senior team in March 2013 as he had not decided which nation he wished to represent. After being called-up again by Luxembourg, he made his debut on 8 September 2014 against Belarus, at the age of 17. Thanks to his regular appearances in the national team he gained a lot of priceless experience from playing against the likes of Diego Costa, Andrés Iniesta, Marek Hamsik or Sergio Busquets.