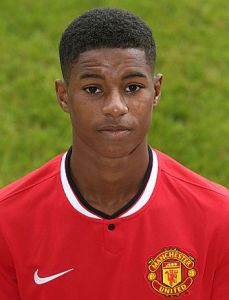 – versatile player capable of playing anywhere along the front-line 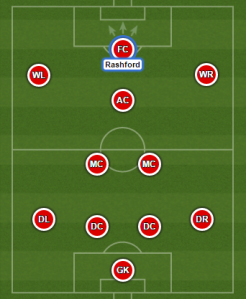 Marcus Rashford is certainly one of the most exciting prospects from Manchester United youth academy. He has been considered to be a great talent since his early years. In 2012, he played at the prestigious youth tournament AEGON Future Cup with the Manchester United U-17 team despite being an U-14 at the time. During the 2015/16 season he made his debut for United U-21 team and few months later, on 21 November 2015, he made the first-team bench for the first time in an away league match against Watford, an unused substitute as “The Red Devils” won 2–1.

“Marcus is explosive, he’s a very talented boy but a good, hard worker as well. He’s a good lad to have in the side because he puts a shift in for the team. He’s explosive and he scores goals.”

One response to “Marcus Rashford”