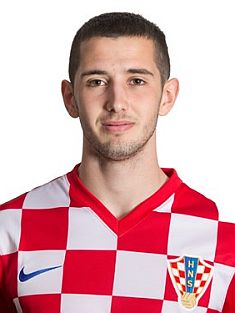 – able to play as a left-back as well, making him a more versatile and well-rounded player

– composed on the ball 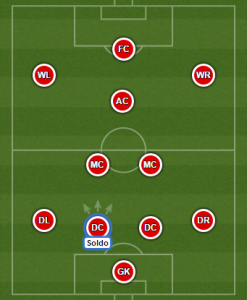 Vinko Soldo joined famous Dinamo Zagreb youth academy as a young child from a small NK Dubrava. He is one of the brightest talents of a very interesting generation of Dinamo players born in 1998 which includes, among others, Josip Brekalo, Nikola Moro, Borna Sosa, Branimir Kalaica, Adrian Šemper and Davor Lovren. On 12 January 2016 he has signed his first professional contract with Dinamo. He was one of the key players of Croatia U-17 national team during the 2015 European Under-17 Championship as well as the 2015 FIFA U-17 World Cup. Since March 2016 he is part of the U-19 squad.

“I am so happy because of this moment. I came to Dinamo when I was just a kid, Zagreb is my hometown and I think I don’t need to explain how thrilled I am. My dream finally came true and I will need to work a lot in order to achieve another goal – make a debut for the first team at Maksimir stadium. I will give my best and I will try to justify the trust.”

(Vinko Soldo – after signing his first professional contract with Dinamo)