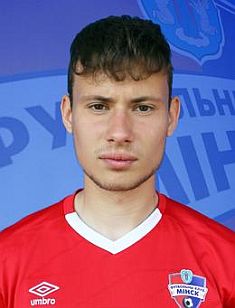 – in some situations, he can be a little bit too selfish

– very good sense of positioning while receiving through balls

– known for his dribbling skills, speed, turn of pace, mobility and close control in limited spaces

Artem Vasilyev is a product of FK Minsk youth academy – one of the strongest developmental academies in Belarus. He made his professional debut on 6 June 2014 in a Belarusian Premier League game against Belshina Bobruisk, replacing Aleksandr Makas, after 73 minutes of a 3-0 away victory. His first goal came three months later, on 13 September 2014 when he scored a late equaliser for Minsk to secure a 1-1 draw against Belshina. In February 2015, he went on trial with Belgian Premier League side Club Brugge, but wasn’t offered a contract and returned to Minsk. He is also a regular youth international – he has played for Belarus at U19 level and currently is a member of U21 setup.