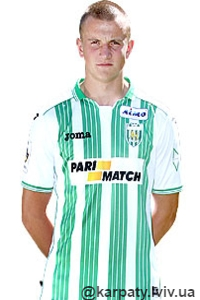 – endless energy coupled with his physical strength and powerful running make him an incredibly useful asset as he brings an offensive value to a team, with a lot of activity during 90 minutes in the left side

Vasyl Kravets is a powerful left-back considered by most football experts and fans to be one the best footballers of his generation in Ukraine. He is a product of Karpaty Lviv youth system. He made his professional debut for “The Lions”, aged 17 years and 263 days, on 10 May 2015 in the Ukrainian Premier League fixture against Chornomorets Odessa. He has been a youth Ukraine international for many years – starting at U-17 all the way through U-19.