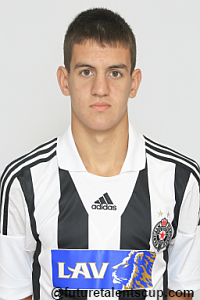 – hard-working player who brings energy to the team

– often makes pacy, energetic runs with the ball through the middle

– often drops deep and is involved in the buildup of plays

– provides dynamism to the team’s build up process 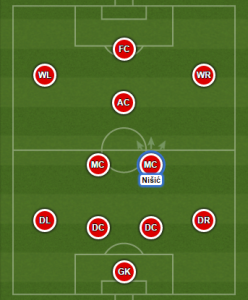 Jovan Nišić is a product of famous Partizan Belgrade youth academy, also known as Belin–Lazarević–Nadoveza youth school. He is a part of very talented generation of Partizan players born in 1998, including, among others Sava Petrov, Filip Čermelj, Igor Zlatanović, Miloš Kukolj, Stefan Ilić and Marko Čubrilo. In February 2016, Jovan signed his first professional contract with the “Black & Whites”, which will keep him at the club until 2019. He is a regular Serbian international and is currently a member of the “Оrlovi” U-18 squad.