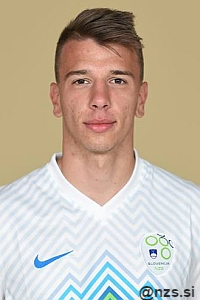 – clinical in one-on-one situations with the goalkeeper 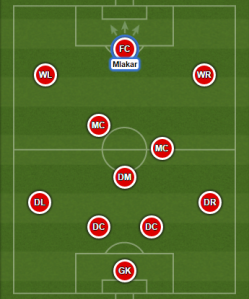 Jan Mlakar is currently considered to be one of the top talents in Slovenian football. He started his career in NK Domzale, where he was a real goal machine in the youth team. This turned the scouts’ attention to him and in January 2015 he moved to Fiorentina. Currently, he is one of the top stars of the youth Viola side and is a part of a very interesting offensive trio alongside Simone Minelli and Federico Chiesa. He’s scored the most goals in the qualifiers to the 2015 European Under-17 Championship and it is mostly due to his goals that Slovenia made it to the tournament, where they got knocked out after 3 losses in the group.

“A ruthless marksman in the mould of, say, Klaas-Jan Huntelaar, Edinson Cavani or even Robert Lewandowski, this teenager is very confident and exceptionally prolific (16 goals in 16 appearances for Slovenia’s Under-16s and Under-17s) but has the vision and the intelligence to involve his team-mates. Rumours about interest from Liverpool, Everton and Tottenham emerged after he scored against England for the Under-17s in March, but last year Fiorentina paid €1m plus hefty add-ons to prise him away from NK Domzale.”

One response to “Jan Mlakar”