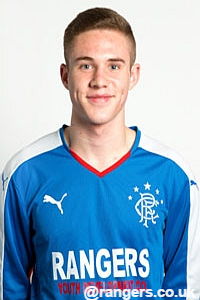 – extremely dangerous on the counter thanks to his dribbling skills, pace and acceleration

– excellent balance, range of passing and changes of pace 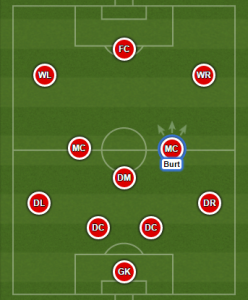 Glasgow Rangers return to the Scottish elite with their hopes up. “The Gers” home-grown product Liam Burt, considered one of the most talented Scottish players of the young generation, may turn out to be one of the shining stars of the next Scottish Premier League season. He made his professional debut for the club aged seventeen during a Scottish Championship match against Raith Rovers on 1 March 2016. A few days later, he signed a new two-year contract extension keeping him at Ibrox until May 2018. A regular player for the Scottish junior national teams, he has represented his country at the U-16 and U-19 levels. He also captained his team at the 2016 European U-17 Championship, where Scotland, however, performed poorly, getting eliminated at the group stage.

“It was good to sign a long-term contract. That is it out the way now and I can focus on my football and look to keep on improving as a player.

My main focus has always been on Rangers. I didn’t really take into consideration anything with Celtic because everything was going so well at Rangers.

I always knew that if I kept working hard and done well then there would be a pathway there to the first team. That time has come now.

There are a lot of boys trying to impress the manager in the Under-17s and Under-20s and hopefully I can keep impressing him.

It was a great feeling to make my debut and hopefully there are many more appearances to come. I was on the bench hoping that I would get on and then the chance came.

It was brilliant to get on the park. I had my family here to watch the game so it was good for them to see me play. It was a proud moment for them and a great one for me.”