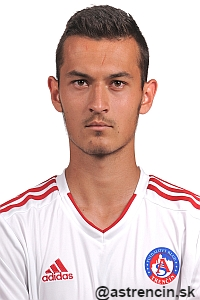 – needs to improve in the quality of his crosses

– endless energy and his powerful running make him an incredibly useful asset as he brings an offensive value to a team, with a lot of activity during 90 minutes in the right side

– likes to enter the opposition’s penalty area whenever possible

Martin Šulek is a youth exponent from AS Trenčín. He made his professional debut, aged 17, on 20 September 2015 gainst ŠK Slovan Bratislava. He was one of the biggest surprises of the 2015/16 season, when he won the Slovak Super Liga and Slovak Cup with a very young Trenčín team. There are several other talented youngsters seeing some regular playtime besides him, such as Samuel Kalu, Denis Jančo, Aliko Bala and Erik Prekop. Martin is also a regular Slovakian youth international and currently is a member of U-19 team.