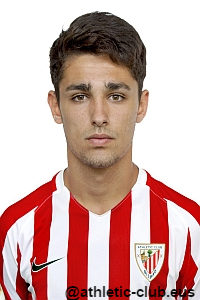 – capable of scoring goals due to his powerful, accurate striking ability from distance with both feet

– decent in the air 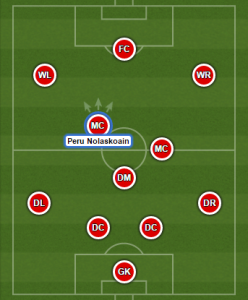 Peru Nolaskoain is a product of Basque giants Athletic Bilbao’s youth ranks. He is a part of the wave of exceptionally talented Athletic players, who should make it to the first squad within the next couple of years. Others worth following are: Jon Sillero, Asier Villalibre, Iñigo Vicente and Iñigo Córdoba. It’s highly probable that this talented player will become an important cog in the Athletic’s B squad this season, coached by ‘Los Leones’ legend José Ángel Ziganda. On 21 August 2016 he became the youngest player ever to score on his Bilbao Athletic debut with goal against Socuéllamos.

“There is a lot to be excited about when it comes to Peru Nolaskoain. The midfielder is intelligent, creative, and provides a spark every time he is on the pitch. Add in the fact that he can also defend and score goals and you have a total midfielder developing right at home in Lezama. The future certainly is bright for the youngster and if he continues developing at this rate, it is only a matter of time before his name comes up as a potential option to start pushing for the first team.”