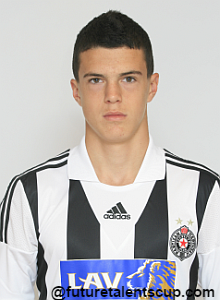 – can be a little wasteful sometimes, missing opportunities that he should be taking

– fast and strong forward with a powerful right-foot shot

– good ability at first touch/high speed in 1-2 combinations style of play thanks to his technique, physical strength and ball control

– likes to attack from the wing, cut inside and create himself a decent opportunity to score from

– known for his dribbling skills and close control in limited spaces, as well as decent ability to protect and hold up the ball for team-mates with his back to goal 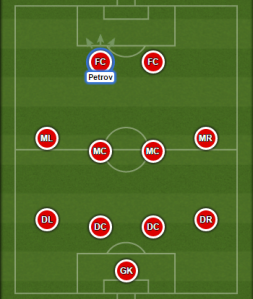 Practically every year at Partizan Belgrade youth academy there is a very talented group of players, which has great potential and is touted to be the future stars of Serbian football. One of them is certainly versatile forward Sava Petrov. In the summer 2016 he signed his first professional contract with Partizan, which will keep him at the club until 2021. He is also a Serbian youth international and currently is a member of U-19 team.