– in some situations, he can be a little bit too selfish

– well-rounded attacking player, capable of playing out wide, through the middle or as a second striker 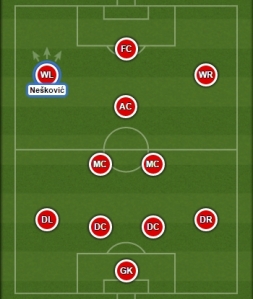 Mihajlo Nešković is a product of Vojvodina Novi Sad academy – famous and successful youth system, which already produced many excellent players in recent years such as Dušan Tadić, Sergej Milinković-Savić, Nemanja Radoja and Aleksandar Katai. Mihajlo is leading the latest wave of young talents that have graduated from Vojvodina’s youth academy – others worthy of note include Miloš Zličić, Dobrica Tegeltija and Marko Ilić. He made his professional debut at the age of 16, on 21 October 2016 in a league fixture against FK Vozdovac.