– capable of playing in several offensive positions, either in the centre as a striker, as a supporting forward, or as a winger

– determined forward with killer-instinct, very good technique on the ball, good dribbling skills, and cleverness at his off-the-ball movements

– possesses good control, quick feet, and technical skills, which, along with his strength, enable him to retain possession when playing with his back to goal and hold up the ball for teammates 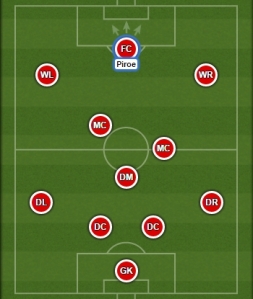 Joël Piroe joined PSV Endhoven youth academy from Feyenoord in 2014. In November 2016, he signed his professional contract with the club, expiring at the end of the 2018-19 season. Few weeks later, thanks to his great games in the U-19 team, he made his professional debut in the Eerste Divisie for Jong PSV on 2 December 2016 in a game against Achilles ’29.

‘The technically-gifted frontman models his game on Bayern Munich striker Robert Lewandowski but sees his long-term future in La Liga.

The 17-year-old has attracted plenty of interest around Europe and is known for his fierce long shots.

He’s spent time at fellow Eredivisie clubs Feyenoord and NEC before being snapped up by the Dutch giants but they know they’ll face a battle to keep hold of him in the future.’

One response to “Joël Piroe”