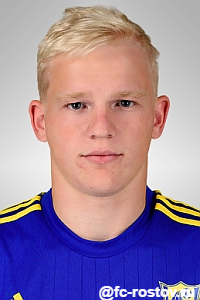 – known for his versatility and ability to play anywhere in midfield, being comfortable in defensive, attacking and central roles

– can play in both a three- and four-man midfield

– able to threaten from outside of the 18-yard box

– possesses really interesting technique on the ball, vision, decision taking on the ball and passing ability at all distances 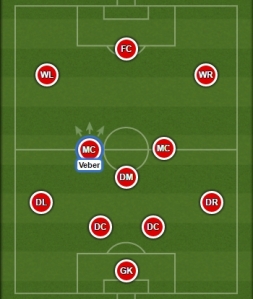 Dmitri Veber made his professional debut in the Russian Professional Football League for SKA Rostov on 22 August 2015 in a game against FC Druzhba Maykop. 6 months later he moved to FK Rostov and played his first match in Russian Premier League on 9 September 2016 in a game against FC Krylia Sovetov Samara. In 2017, he was one of the key players for Russia U-18 team during Granatkin Memorial – prestigious international tournament – which his team finally won showing a very interesting generation of talented players, which includes, among others, Stanislav Utkin, Nikita Kakkoev, Aleksander Rudenko, Stanislav Latsevich, Dmitri Tsypchenko and Ivan Lomaev.

One response to “Dmitri Veber”