– needs to improve the quality of his crosses 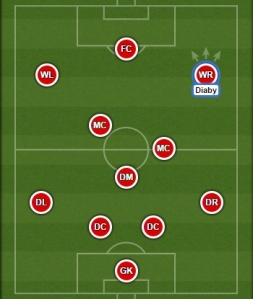 French U-19 Championship winner with PSG.

Moussa Diaby is a product of Paris Saint-Germain youth academy. In 2017, he was chosen as PSG’s Best Talent of the Year – award previously won by Alphonse Areola, Kingsley Coman, Jean-Kévin Augustin and Odsonne Edouard. He is a part of a very strong generation of young PSG players born in 1999 and 2000 which includes, among others, Dan-Axel Zagadou, Claudio Gomes, Antoine Bernede, Yacine Adli and Timothy Weah. He is also a French youth international and is currently a member of ‘Les Bleus’ U-19 team.