– versatile defensive player able to play as a full-back or defensive midfielder if needed thanks to his vision, ability to read the game and tactical awareness

– uncommonly agile and fast for a player of his size

– known for his composure, elegance, ball playing ability, and confidence in possession

– already very accomplished for his age 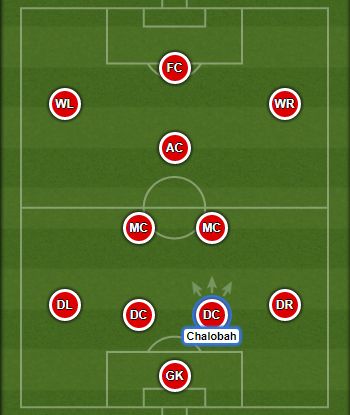 Trevoh Chalobah joined Chelsea youth system as an Under-9. He is the younger brother of Nathaniel Chalobah, another Chelsea academy graduate, and current Watford player. Trevoh is one of the leaders of a very successful generation of Chelsea players born in 1999 & 2000 which includes, among others, Marc Guehi, Reece James, Dujon Sterling, Callum Hudson-Odoi, Mason Mount & George McEachran. He captained England Under-17s at the 2016 European Under-17 Championship. In 2017, he was at the UEFA European Under-19 Championship, where England won in a convincing manner, and Trevoh was among the top players of the tournament, despite the injury that prevented him from playing in the semi-final and final.

“Physically, he’s essentially a complete prospect. Overbearingly tall but quick across the ground; he’s also strong despite his reasonably slender frame. He uses that strength and speed to nullify opposing strikers. They can’t beat him in the air, and he can keep up with them on the ground. Some of the recovery runs he embarks upon—chasing markers back and dispossessing them in one fluid motion—are jaw-dropping.”