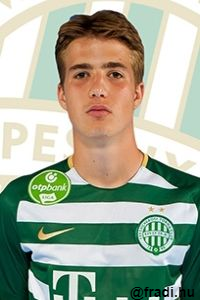 – could be a little bit faster

– functions best when placed at the base of a midfield three

– courageous, tenacious and willing to sacrifice

– feels comfortable and has a decent composure on the ball, making part of the team’s build-up process at the first instances

– thanks to his vision, great collective work rate and anticipation he is capable of playing in a variety of midfield roles in a defensive midfielder position or in a more advanced role if needed

– able to keep the ball under pressure 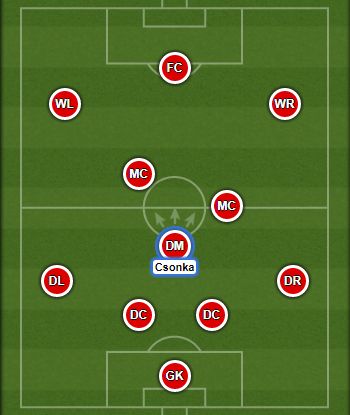 András Csonka is a product of Ferencvárosi TC youth academy. He is a part of a very interesting generation of Hungarian players born in 2000 which includes, among others, Martin Majnovics, Szabolcs Schön, Dominik Szoboszlai, Márk Bencze, Krisztofer Szerető & Kevin Csoboth. He showed himself to a wider crowd at the 2017 European Under-17 Championship, where he was one of the best players of Hungarian national team. He made his professional debut on 5 May 2017 in a Hungarian Cup game against Budafoki MTE.