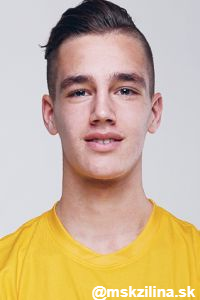 – tall player, but his heading ability could still improve

– striker with killer-instinct, interesting technique on the ball, decent dribbling skills and cleverness at his off-the-ball movements

Roland Gerebenits is considered to be one of the most talented teenagers in Slovakia. He made his first team debut for MŠK Žilina at the age of seventeen on 12 August 2017 in a league fixture against FK Senica. In 2016 he had an offer from Inter, but decided to stay with Žilina. He is also a regular youth international for Slovakia. Currently, he is the captain and one of the leaders of Slovakia U-17 national team.

One response to “Roland Gerebenits”