– excellent passer, but his passing game might be a bit too risky at times, which can lead to losing possession in dangerous areas

– provides many key interceptions, clearances and tackles for his team thanks to his good anticipation sense and defensive reliability 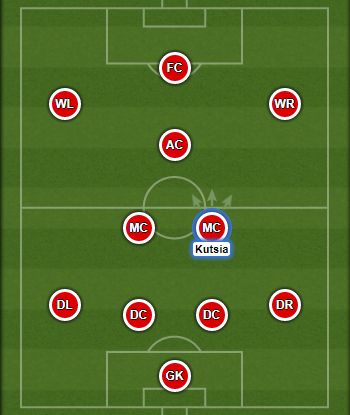 Giorgi Kutsia is a product of Dinamo Tbilisi youth academy. He is considered to be one of the most talented youngsters in Georgia. He is a part of a very interesting generation of Georgian players born in 1998 and 1999 which includes, among others, Shalva Burjanadze, Giorgi Chakvetadze, Nikoloz Mali, Davit Samurkasovi, Giorgi Arabidze and Giorgi Kokhreidze. He showed himself to a wider crowd at the 2017 European Under-19 Championship, where he was one of the best players of Georgian national team, which unfortunately failed to advance from a group containing Portugal, Sweden & Czech Republic.