– capable of playing in a variety of midfield roles, in an advanced position or in a more defensive role if needed

– often drops deep and is involved in the buildup of plays

– possesses really interesting technique on the ball, decent dribbling skills, vision, decision taking on the ball and passing ability at all distances 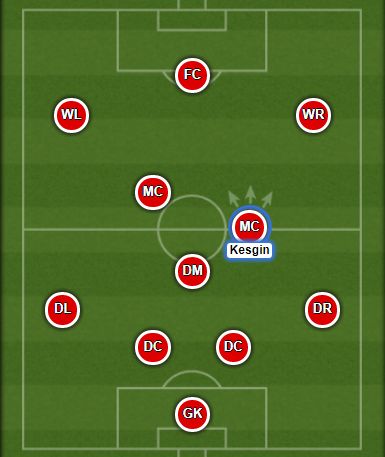 Kerem Kesgin belongs to a very talented generation of Turkish players born in 2000 which includes, among others, Ozan Kabak, Abdussamed Karnucu, Sefa Akgün, Recep Gül, Atalay Babacan & Malik Karaahmet. He has joined Bucaspor youth academy from Turhal Genclerbirligispor in 2013. He made his professional debut at the age of 16 on 10 April 2017 in a 2. Lig fixture against Istanbulspor. He is a regular youth Turkish international and represented his country at two big tournaments already – 2017 UEFA European Under-17 Championship and FIFA U-17 World Cup 2017.