– capable of playing in several other positions, such as second striker and winger 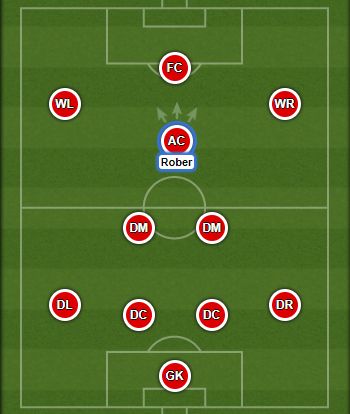 Roberto González Bayón, commonly known as Rober, is a product of Real Betis academy – youth system that has been responsible for producing many interesting players in recent years, including Joaquin, Adrián, Alejandro Pozuelo and Dani Ceballos. He made his professional debut on 20 August 2017 in a Segunda Divison B fixture against Lorca Deportiva, in which he scored his first senior goal. He is also a member of Spain U-17 national team.

Álvaro Rodríguez's goals at Sudamericano U-20:
Teams qualified for the UEFA Youth League round of 16:
TALENT OF THE DAY
What an awful day for Italian teams in the UEFA Youth League:
England U-17 at the Syrenka Cup back in 2019.
Paris Brunner 22/23:
Loading Comments...
%d bloggers like this: