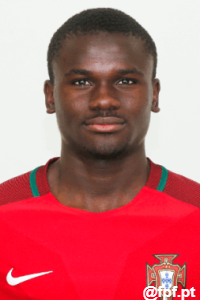 – natural leadership skills, really interesting technique on the ball, vision, decision taking on the ball and passing ability at all distances

– knows how to use his body to shield the ball from other players thanks to his technique, cleverness, strength and ball control

– already very accomplished for his age with good leadership skills

Henrique Jocú is the graduate of Benfica youth academy, which in recent years has been experiencing a real renaissance and from its ranks come many very talented players, such as Bernardo Silva, Joao Cancelo, André Gomes, Gonçalo Guedes, Joao Carvalho, Renato Sanches & Ruben Dias. Henrique is the member of a very talented generation of Benfica footballers born in 2001, among which are, among others, Úmaro Embaló, Hugo Nunes, Francisco Saldanha, Nuno Cunha, Jair Tavares, Gonçalo Gomes & Tiago Gouveia.