– likes to vary his play by cutting inside, running to the by-line and swapping wings 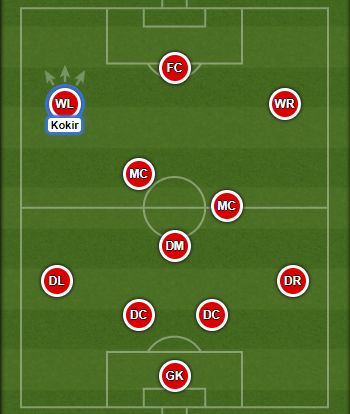 Jovan Kokir is a product of renowned Partizan Belgrade youth academy. He is one of the leaders of Partizan U-19 – team with many interesting youngsters such as Svetozar Marković, Kosta Pantazis, Armin Djerlek and Aleksa Janković. In 2017 he represented Serbia at the UEFA European Under-17 Championship, where young Serbians failed to advance from a group containing Germany, Bosnia and Ireland.