– complete forward who is able to create and score his own goals, or to act as a target man and also an off-the-shoulder striker

– good speed and dribbling skills despite his physique 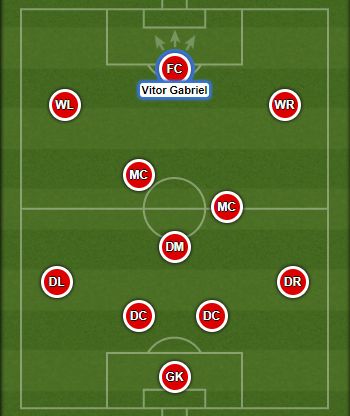 Vitor Gabriel joined Flamengo youth academy from Nova Iguaçu in 2016. He is a member of an extremely talented generation of Flamengo players born in 2000 which includes, among others Vinicius Junior, Lincoln, Yuri, Patrick & Wesley. His talent exploded at Copa Sao Paulo de Futebol Júnior 2018 – prestigious tournament considered the most traditional and important under-20 football competition in Brazil, where he was one of Flamengo’s best players. Vitor made his professional debut on 18 January 2018 in Campeonato Carioca game against Volta Redonda.