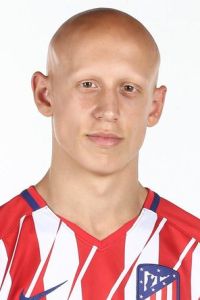 – his understanding of tactical processes & decision making on the ball are reasonably good for a player of his age, but they could still improve

– able to dispossess opponents thanks to his explosiveness, but his timing and defensive positioning are still improvable

Víctor Mollejo is a product of Atletico Madrid youth academy. He is part of a great generation of Atletico players born in 2001, which includes Óscar Dorta, Sergio Camello, Cedric Teguia, Javier Ajenjo & Nacho Quintana. In August 2017 he made his unofficial debut for Atleti in a friendly game against Leganes becoming the first footballer born in the 21st century to play for Atletico.