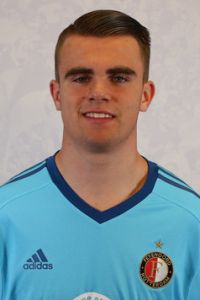 Perfect goalkeeper for a team looking to build from the back.

Joey Koorevaar started his football career with Slikkerveer before joining Feyenoord Rotterdam youth academy in 2008. He is part of a very talented generation of Feyenoord players born in 2001 wchich includes Ramon Hendriks, Cheick Toure, Wouter Burger, Splinter de Mooij, Crysencio Summerville and Marouan Azarkan. He showed himself to a wider crowd at the 2018 European Under-17 Championship, where where he was one of the best players of Dutch national team that deservedly won the tournament.