– likes to use tricks, feints and skills to remain in possession of the ball

– likes to cut inside to the inside of the pitch to either shoot, cross or pass

– brilliant futsal like technique and composure in tight spaces 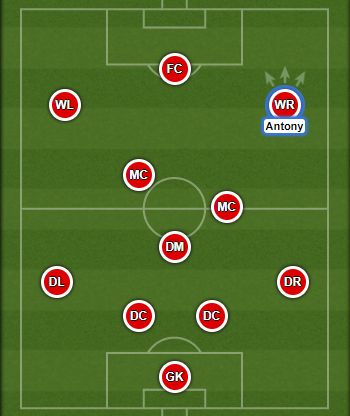 Antony is a product of São Paulo youth system – academy known for its fantastic approach to youth players. In recent years, it has produced great talents, such as Casemiro, Éder Militão, Lucas Moura, David Neres, Gabriel Boschillia and Marquinhos Cipriano. Antony made his Campeonato Brasileiro debut on 15 November 2018 in a game against Grêmio. In January 2019 he was named the best player of a prestigious tournament Copa São Paulo de Futebol Júnior, commonly known as Copinha.

17-year-old Albert Tjaaland, the cousin of Erling Haaland, has scored on his debut for Molde in a cup game against Spjelkavik.
Takefusa Kubo at the Olympics so far:
XI with dual-eligible teenagers available to play for Nigeria.
Amine Gouiri ➡️ Nice 7M€
Karim Adeyemi with two goals and an assist against Sturm Graz!
Donyell Malen last three seasons for PSV:
Loading Comments...
%d bloggers like this: