– quick, agile and unselfish left-footed attacking player with a natural eye for goal

– tricky off-the-ball movements in and around the opposite’ box

– good reaction to the loss of the ball with good aggressive attitude, and good recovery of his position 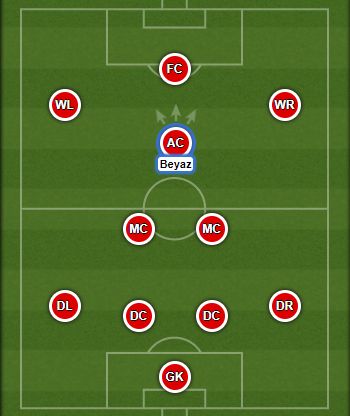 Ömer Faruk Beyaz is a product of Fenerbahce youth academy. He is considered to be one of the most talented youngsters in Turkey. Despite his young age he is already on the radar of several top-tier European clubs, including Tottenham, ​Arsenal, ​Manchester City, ​Bayern Munich, Chelsea and ​Real Madrid.

One response to “Ömer Faruk Beyaz”