– known for his vision, dribbling skills and mobility

– dynamic, combative and very comfortable on the ball, with a willingess to play and receive passes along the ground

– good reaction to the loss of the ball with good aggressive attitude, and good recovery of his position

– has the technique, ability and confidence to execute the killer pass and set-up goal-scoring opportunities for his teammates 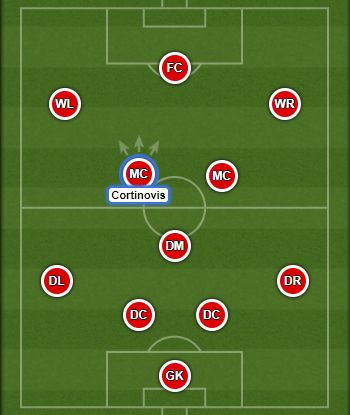 Alessandro Cortinovis is a product of Atalanta Bergamo academy – one of the best youth systems in Italy which prouced many interesting players in recent years such as Roberto Gagliardini, Mattia Caldara, Andrea Conti, Christian Capone and Alessandro Bastoni. He is a part of a very interesting generation of Atalanta players born in 2001 and 2002 which includes, among others, Roberto Piccoli, Amad Traoré, Emmanuel Gyabuaa, Davide Ghislandi and Simone Panada. He is also a regular youth international for Italy. In 2018, he represented his country at the European Under-17 Championship in England.