– good agility, coordination and reasonably good pace for a player of his size

– knows how to use his body to shield the ball from defenders thanks to his technique, strength and ball control 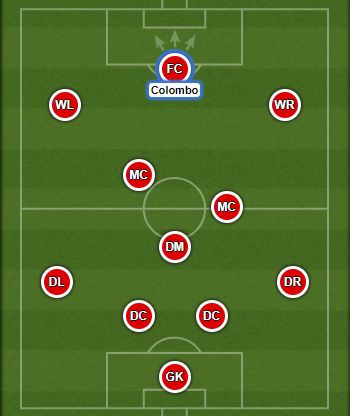 Lorenzo Colombo is a product of AC Milan academy – youth system has been responsible for producing some of Milan’s greatest ever players, including Paolo Maldini, Franco Baresi, Demetrio Albertini and Alessandro Costacurta, as well as several players, in recent years, who have managed to become regular players in the Serie A. Lorenzo showed himself to a wider crowd at the 2018 European Under-17 Championship, where he played in 4 games despite being one year younger than most of the players. One year later, he went to the 2019 UEFA European Under-17 Championship, where Italians lost to Netherlands in the final, in which Lorenzo scored two beautiful goals.