– unselfish player capable both of creating chances for team-mates, as well as scoring goals himself

– always alert to capitalize on some opposite defensive mistakes

– eager to track back and work for the team 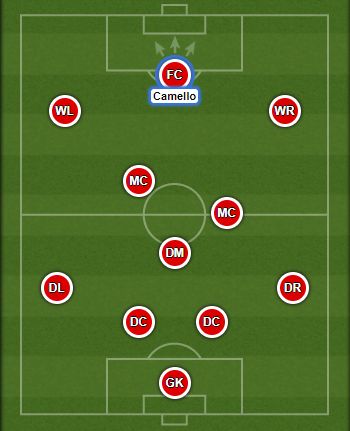 Sergio Camello is a product of Atletico Madrid academy, youth system that produced fantastic players in the past few years, such as Koke, David De Gea, Saúl Níguez, Lucas Hernández, Ignacio Camacho and Óliver Torres. Sergio is part of a great generation of Atletico players born in 2001, which includes Óscar Dorta, Cedric Teguia, Victor Mollejo, Marc Tenas, Alberto Soto & Nacho Quintana. He made his first team debut for Atletico on 18 May 2019 in La Liga game against Levante in which he scored becoming the first player born in the 21st century to score for Atlético Madrid.

The most valuable players aged 17 or less in World football by Transfermarkt:
Loum Tchaouna at Euro U-19 so far:
21-year-old Lionel Messi for FC Barcelona during the 2008/2009 season:
AS Monaco's record departures:
🇮🇪 Gavin Bazunu (20) - 14M€
André:
Loading Comments...
%d bloggers like this: