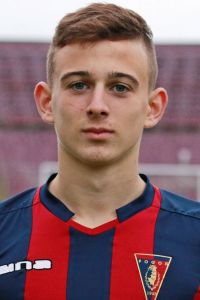 Tournaments participated in: 2019 UEFA European Under-17 Championship qualification elite round (3/0)

– known for his versatility and ability to play anywhere in midfield, being comfortable in defensive, attacking and central roles

– tireless runner, dynamic, energetic, combative and very comfortable on the ball, with a willingess to play and receive passes along the ground

– his stamina, determination, agility and pace enables him to cover a lot of ground ground

–  player that always tries to find a vertical option in his game, so he is very capable of pushing his team forward to finishing positions

– knows how to dictates tempo using his good vision, passing ability at all distances and natural technique to create dynamism on the team’s build-up process 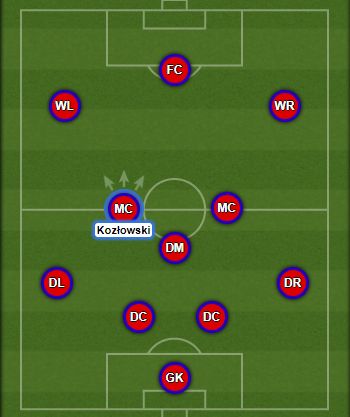 Kacper Kozłowski joined Pogoń Szczecin youth academy from Bałtyk Koszalin in 2016. He is considered to be one of the most talented teenage midfielders in Europe. He is a part of the new wave of highly talented Polish players born in 2003 which includes, among others Jakub Ojrzyński, Radosław Cielemęcki, Ariel Mosór, Daniel Hoyo-Kowalski, Mateusz Łęgowski, Hubert Turski, Aleksander Buksa and Szymon Włodarczyk. He made his professional debut for Pogoń on 19 June 2019 in a league fixture against Cracovia, becoming the youngest Ekstraklasa debutant in the 21st century.