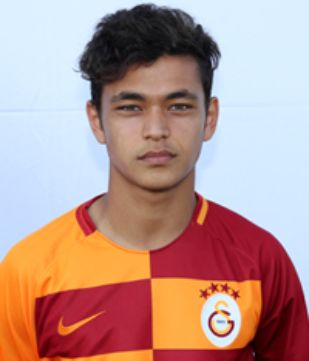 – Unselfish player who creates more than he scores

– Links a team’s midfield and attack

– Works hard to win back the ball on defense

– Excellent awareness of space and time

– Takes accurate shots with both feet

– Good off the ball movement

Kapi first raised eyes when he debuted with the Galatasaray first team at age 14 in a friendly match against Levski Sofia in 2016. Just 2 years later, Kapi proved that the debut was no fluke, making his professional debut for the Galatasaray first team on the 23 rd of December 2018, becoming the youngest player to ever make an official debut for Galatasaray. The 17-year-old is a regular starter with Galatasaray’s U-19 team and Turkish national youth sides (currently with U-18). Regardless, the future is bright for the 17-year-old midfielder, who is seen as the brightest youth prospect in Galatasaray and a future star for Turkish football.

9/10
Player has the potential to become a key player in a top European club.