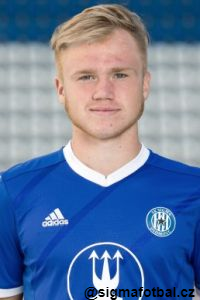 – equally good on both wings

Šíp dribbles past two opponents thanks to his electric pace and sends a great cross to assist his teammate.

Šíp dribbles past the opponent, enters the penalty area and finishes into the far corner with a great left-footed strike.

Jáchym Šíp is considered to be one of the most talented youngsters in the Czech Republic. Thanks to his great performances for Sigma Olomouc U-19, he was promoted to the first team and his professional debut seems to be only a matter of time. Despite being only 17, he has already over 30 caps for Czech youth national teams. In 2019 he represented his country at the UEFA European Under-17 Championship.