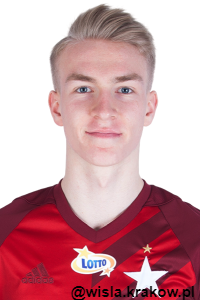 – determined forward with killer-instinct, interesting technique on the ball, decent dribbling skills and cleverness at his off-the-ball movements

– good agility, coordination and decent pace for a player of his size

– very good at link-up play thanks to his decent technique, first touch and ability to shield the ball from defenders 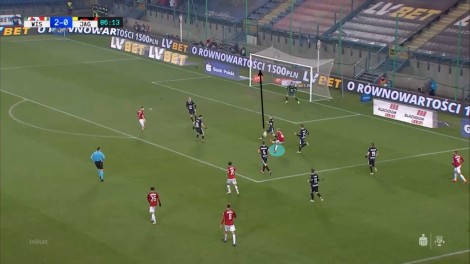 Buksa with a beautiful curling finish into the far corner.

Buksa with back to goal – he controls the ball, turns, and scores with an amazing shot into the top corner.

Aleksander Buksa is a product of Wisła Kraków youth academy. His older brother Adam is also a talented footballer who plays as a centre-forward for the New England Revolution in Major League Soccer. Aleksander is a part of the new wave of highly talented Polish players born in 2003 which includes, among others Jakub Ojrzyński, Radosław Cielemęcki, Ariel Mosór, Daniel Hoyo-Kowalski, Mateusz Łęgowski, Hubert Turski, Mariusz Fornalczyk, Kacper Kozłowski, and Krzysztof Bąkowski. Aleksander made his first-team debut for Wisła aged only 16 on 22 April 2019 in a league fixture against Wisła Płock. Four months later he scored his first goal becoming the youngest goalscorer in Polish Ekstraklasa in the 21st century and the youngest goalscorer in Wisła’s history.

“According to many experts, Buksa is one of the most talented young players in Poland. He scored his first Ekstraklasa goal aged only 16 years and 220 days – only Włodzimierz Lubański was younger in the history of the league.”

One response to “Aleksander Buksa”