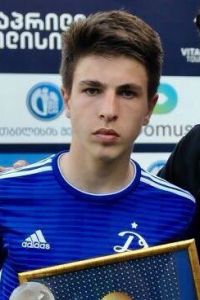 – good vision and decision making for a player of his age

– confident, dynamic and very positive with the ball

– likes to attack from the wing

Abuashvili with a great run and superb finish from outside the penalty area.

Abuashvili with a great solo run – he dribbles past two players and scores with a smart finish. 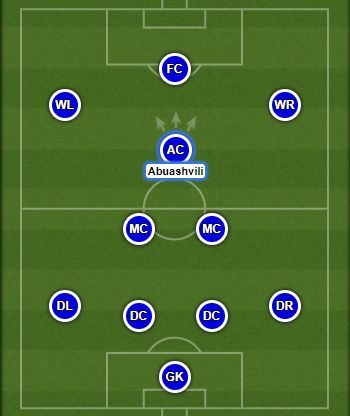 Giorgi Abuashvili is a product of Dinamo Tbilisi youth academy. He is a part of the new wave of highly talented Georgian players which includes, among others Giorgi Arabidze, Irakli Azarovi, Georgi Chakvetadze, Luka Lakvekheliani, Giorgi Kutsia, Nika Ninua, Vato Arveladze, Zurab Davitashvili, and Khvicha Kvaratskhelia. Abuashvili made his professional debut for Dinamo on 16 June 2019 in a league fixture against WIT Georgia. Currently, he is also the captain and leader of Georgia U-17 national team.