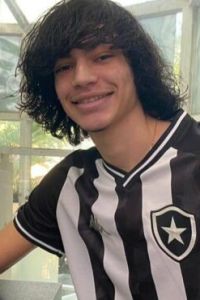 – extremely dangerous in the penalty area

– constantly on the move looking for space, and usually tries to make runs off the shoulder of the last defender to go through on goal 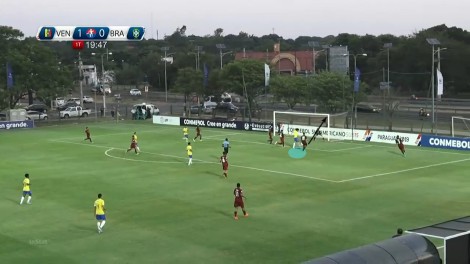 Matheus Nascimento with fantastic off the ball movement and superb finish. 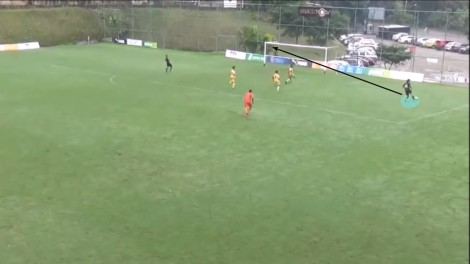 Matheus Nascimento outpaces defenders, dribbles past the goalkeeper and scores with a smart finish. 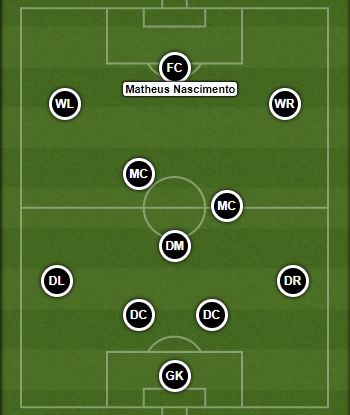 Matheus Nascimento is a product of Botafogo youth academy. Thanks to his fantastic form and many goals for Botafogo youth teams he signed his first contract and was promoted to the first-team. He was named on the bench several times already so his professional debut seems to be only a matter of time. In 2019, Matheus represented his country at the South American Under-15 Football Championship, where young ‘Canarinhos’ won the gold medal and presented a great generation of talented players such as Kaiky Melo, Vinícius Tobías, Arthur Wenderroscky, Robinho and Sávio.

“These first weeks were very good for me because I’m learning a lot here and I believe I’m getting better. Botafogo integrate the first-team with the academy and this is very important because when we go up we feel safer and more comfortable. I am very happy, it’s a childhood dream coming true.”

(Matheus Nascimento after first few weeks in the Botafogo first-team)