– always alert to capitalize on some opposite defensive mistakes

– likes to start his runs from deep and attack space

– likes to attack from the left wing and cut inside

– very skillful at beating his markers and evading pressure

Peglow scores a beautiful goal after a great first touch. 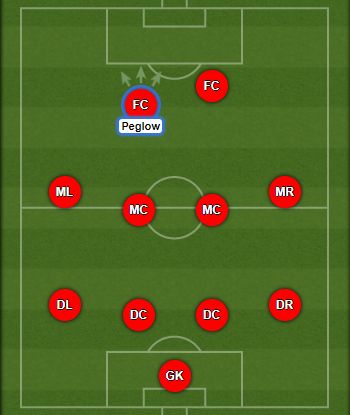 João Peglow joined Internacional’s youth setup – one of the best academies in Brazil – in 2011, aged just nine. He made his senior debut on 25 July 2020, coming on as a second-half substitute for Marcos Guilherme in a 1–1 Campeonato Gaúcho away draw against Esportivo. He was also a big star of Brazil U-17 national team, playing 17 matches and scoring seven goals while also lifting the 2019 FIFA U-17 World Cup.

17-year-old RB Salzburg forward Benjamin Šeško maximum speed this season: 36.11 km/h
Phil Foden (111,4 km) ran more kilometers in the Champions League this season than any other player.
✅ Sepp van den Berg - the youngest player ever to play for PEC Zwolle at the age of 16 years 2 months & 19 days
N'Golo Kanté made his Ligue 1 debut in 2014 at the age of 23.
Jéremy Doku last four games for Rennes:
Shola Shoretire this season:
Loading Comments...
Comment
×
%d bloggers like this: