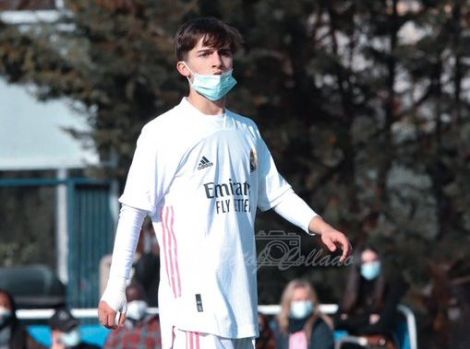 – Intelligence & understanding of the game

physique/heading / he can still improve his last pass

– Versatile player, he can play in any position in midfield (DM, CM, AM) without losing inefficiency, even if his best position is as a CM

– Press-resistant player, it’s difficult to take the ball from him thanks to his ball protection, technical quality and his low center of gravity which allows him to be quite fast in his movements

– He likes to use body feints

– He knows how to dictate tempo, he is creative and he has the ability to make his teammates play

– Midfielder with good mobility which appears in several areas of the pitch and who often offers solutions to his teammates. He doesn’t hesitate to drop deeper to facilitate the team build-up and he can also appear between the line or on the side

– Player with a quick change of speed

– Player with great football iq and spatial awareness: he knows where to be free on the field and he often makes the right choices

– He likes ball played into feet

– He is also capable of attacking and scoring goals

– Defensively, he makes the efforts and he has a good reading of the game

Manuel Ángel is a midfielder who plays with Real Madrid Juvenil C (U17). He joined La Fábrica (Real Madrid academy) in 2018 from Sevilla. In his first season, he immediately showed why the club signed him: a technically adept midfielder with a very good understanding of the game and an impressive accuracy for his age. In the 2019/20 season, he was the most important midfielder in his team (Cadete A – U16) and he made a great season. He is a midfielder with a lot of qualities and he can do many things on the field. This season he’s officially a player of U17s (Juvenil C) but at the beginning of this season, he has already made his debut with the U18s (Juvenil B) and with the U19s (Juvenil A). In the two games he played with the Juvenil A this season (against Los Yébenes and Atlético Madrid) he was very interesting and showed that he has the qualities necessary to one day become a very good midfielder in the future… He’s one of the best talents of La Fábrica It will be really interesting to see him in the coming years – he can be one day a great midfielder and he has a lot of potential in my opinion.

One response to “Manuel Ángel by Kaba”

Hugo Félix recent form for Benfica U-17:
Patson Daka all-time stats for RB Salzburg:
20-year-old Domenico Berardi for Sassuolo during the 2014/2015 season:
18-year-old Denzel Dumfries was playing for an amateur Dutch side BVV Barendrecht and was a member of the Aruba national team.
Wuilker Faríñez all-time stats for Venezuela NT:
Matthijs de Ligt vs Austria
Loading Comments...
Comment
×
%d bloggers like this: