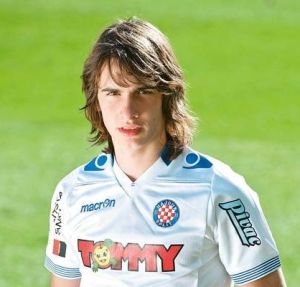 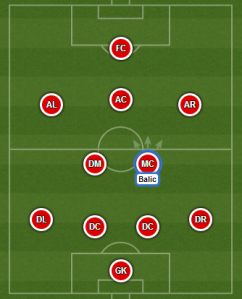 Andrija Balic started to train football at the local NK Dugopolje, before moving to the HNK Hajduk Split youth academy in 2007 at the age of 10. Passing through the ranks, he became a youth international, playing for all Croatian selections between U14 and U19. In the 2013/2014 season he formed a potent midfield partnership for Hajduk U17 team with another extremely talented “Bijeli” homegrown player Nikola Vlašić, which resulted their team finishing first half of the season in the first place, without a single loss. The two then received and signed professional contracts, and were moved to the U19 team. Balic made his first team debut on 13 April 2014 in the 1-0 home win against RNK Split, coming in the 75th minute of the match for Temurkhuja Abdukholiqov. He is already attracting interest from top European clubs, including Tottenham, Ajax and Borussia Dortmund.

“Balic is a 16-year-old defensive midfielder who is predominantly right-footed. He is the latest in an increasingly long line of young talents being produced by Hadjuk Split, following in the footsteps of the likes of Chelsea-bound Mario Pasalic.”