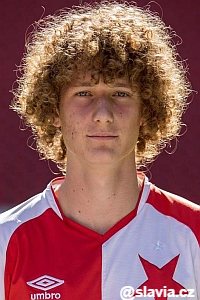 – versatile player who is naturally adept in several positions, and is capable of aiding his team defensively as well as offensively

– capable of playing at both centre back and defensive/centre midfield thanks to his vision, ability to read the game and tactical awareness

– known for his composure, elegance, ball playing ability, and confidence in possession

– ambitious player eager and hungry to improve, constantly working on his weak points, such as weaker foot 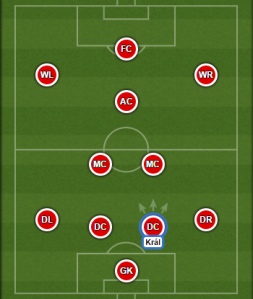 Alex Král is a product of Slavia Prague academy, youth system known for having produced many Czech internationals such as Tomáš Necid, David Jarolím, Vladimír Šmicer, Jiří Štajner and Marek Suchý. Alex started out as a central midfielder but now is playing more and more often as the central defender, and it seems that this will be the position he will be playing in the future. He is often compared to David Luiz due to the haircut, but also his play style. He is also a regular Czech Republic youth international, having been capped at the U-16, U-17, and U-19 levels. In 2015, he played at the European U-17 Championship, where young Czechs failed to advance from a tough group containing Germany, Slovenia and Belgium.