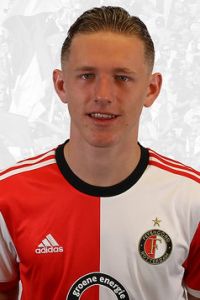 Wouter Burger is a product of Feyenoord Rotterdam academy – youth system famous for its high quality, and in the past years players like Dutch internationals Robin van Persie, Stefan de Vrij, Georginio Wijnaldum, Vincent Janssen & Bruno Martins Indi. He is a part of the very talented new generation of Feyenoord players born in 1999, 2000 and 2001 which includes, among others, Dylan Vente, Jordy Wehrmann, Tyrell Malacia, Cheick Toure, Achraf el Bouchataoui, Crysencio Summerville and Lutsharel Geertruida. Wouter is also a regular player for the Dutch youth national teams and now, he is one of the leaders of Netherlands Under-17 squad.